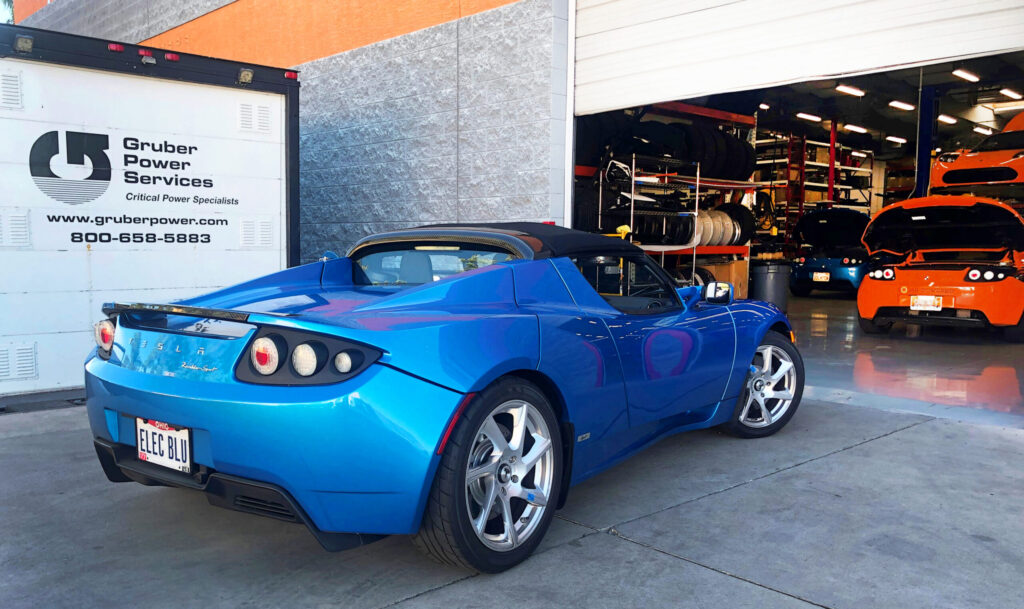 This gorgeous pristine 2011 Electric Blue Roadster is part of a collection.

It came to us with a PEM problem, and received the full treatment upgrade and overhaul.

One morning, he came into the office and posted this story on Facebook:

I always thought Hugh Heffner had the best job in the world, and then I became the designated Tesla Roadster test driver at Gruber Motor Company.  Hugh might be jealous.

When we repair and upgrade complex electronics in these electric cars, it requires a thorough QC and burn-in process, so I end up driving these beautiful cars for a few days, logging data, and putting the car through the paces.
I was driving a pristine (8K mile 2011) electric blue Roadster this morning which came to us dead from Ohio a few weeks ago.

The son who shipped it to us said it was one of two that belonged to his Dad, who winters in Arizona.

I came up to a red light, and noticed a white Model 3 in the left lane. The window passenger rolls down and the driver says, “I have two Roadsters myself, one just like yours.”

He looks a little closer, recognizes me (Youtube fame I guess) and says, “Wait a minute, you’re Pete Gruber….THAT’s MY CAR!!”

We had a good chuckle before the light turned green, and I told him the car was doing well and on its final test phase.

This Roadster now has a fully repaired and rebuilt PEM, and is ready for the next decade of enjoyment. 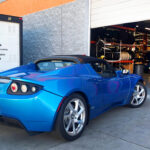 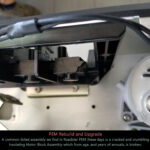 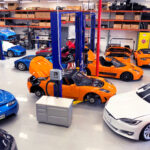