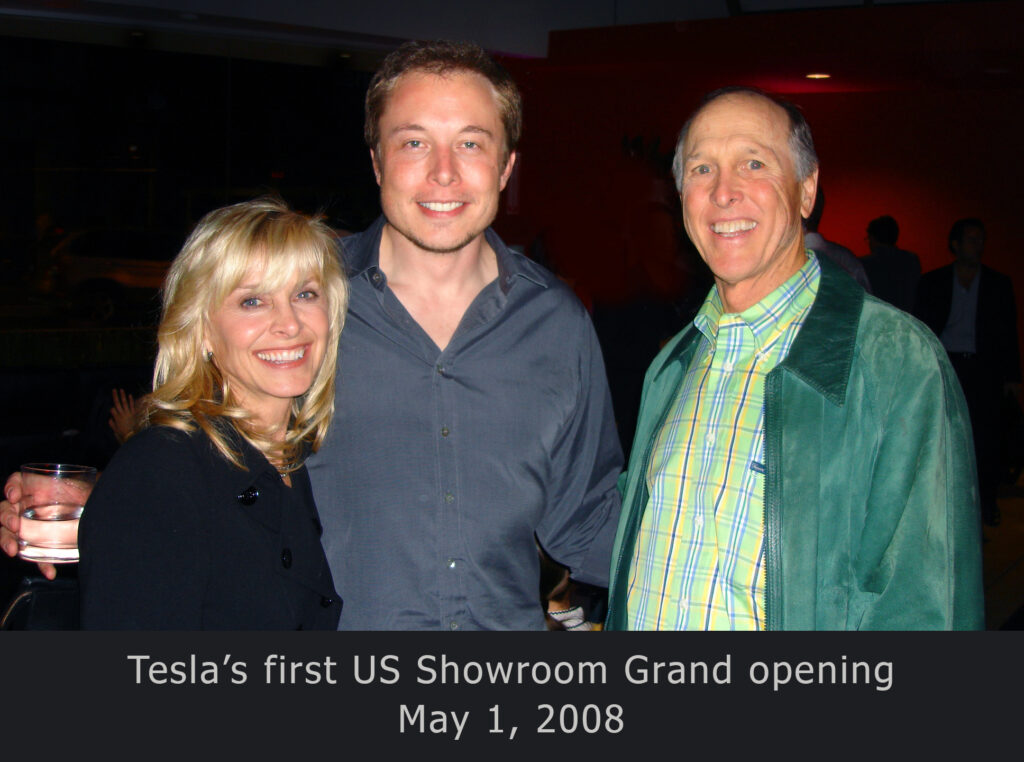 As one of the exclusive early signature 100 Tesla Roadsters, you can bet there is usually an interesting backstory, and this one is no exception.

This is VIN 99 and the Roadster came to us bricked with an ESS battery pack problem in summer of 2020, which was resolved with internal sheet repairs and modifications.

So, the backstory on this car goes like this….Early Tesla founders, Martin Eberhard, and Marc Tarpenning wanted to open their first ever sales/service outlet for their Tesla Roadsters in downtown Santa Monica.

They approached the still current owner of the commercial facility at the 405 and Santa Monica Blvd. and asked to lease his facility.  A routine credit check raised a number of financial red flags, and Tesla was denied a lease.

Elon, who was involved in Tesla by then, visited the leased space owner a couple of weeks later, and lobbied hard to convince him to let them lease the space. To provide a compelling case, he brought “a satchel full of patents” Tesla had accumulated by then, and lobbied hard for the space.

The leased space owner, originally not sufficiently impressed with Tesla financials, was however subsequently impressed with Elon’s tenacity, satchel of patents, and charisma. Elon prevailed, the commercial space owner relented, and let Tesla have their first commercial service and sales center, at a location which is still occupied by Tesla today.

Allowing them to lease was conditional however. Elon had to sell him a signature 100 Roadster. The lessor, requested VIN 100, but since it was already spoken for, Elon gave him VIN 99.  An additional negotiating point was that the Roadster had to be painted a one-of custom green color to match his 1931 Bugatti in France which he raced there.  VIN 99 sports a very custom green color as a result.

Aside from the Signature Green and British Racing Green which was close in color, it was not until 4 years later that Tesla would decide to introduce another similar color Roadster in 2011 – lightning green, used on only 33 or so cars.

This custom historic Roadster has made a return trip to our Phoenix Service Center, and will be shipped out for display at a Tesla/Space-X event honoring Tesla at the Peterson Auto Museum in November 2022. 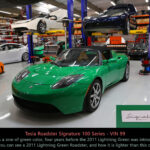 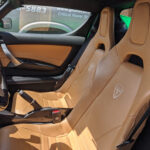 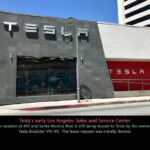 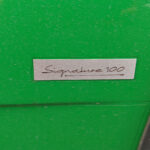 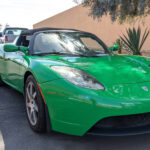 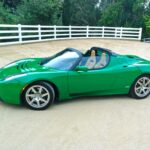 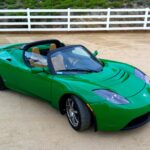 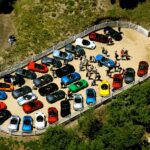 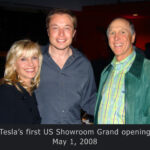