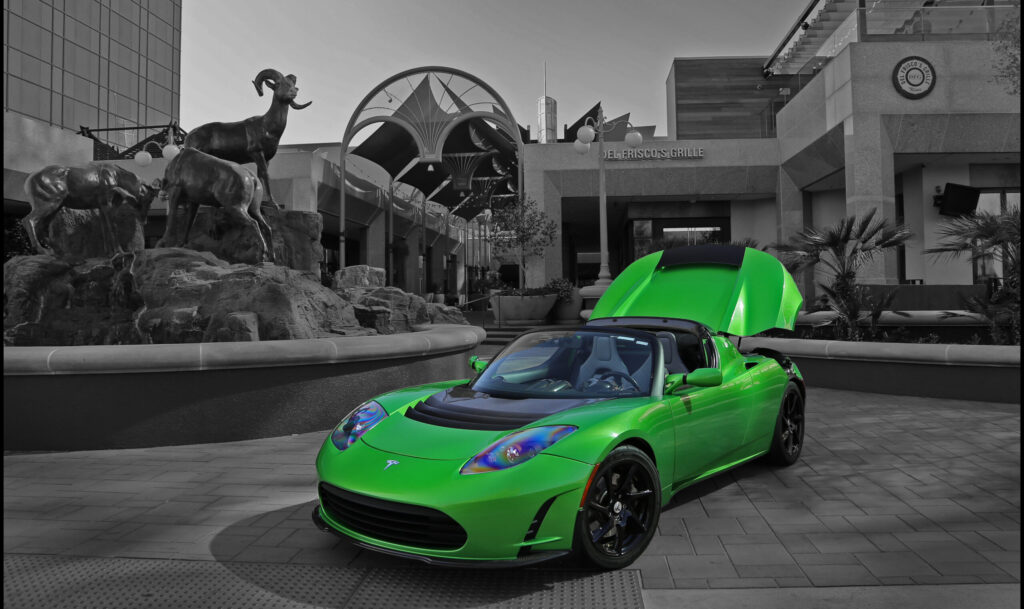 The seeds of the future Gruber Motor Company Tesla Independent Service Center was set in motion with the purchase of a Lightning Green 2011 Tesla Roadster by Pete Gruber in November of 2012.

Both Pete and his wife Nathalie were sustainable energy advocates, early adopters of the hybrid Toyota Prius in the late 90’s.

By 2012, after owning two Prius’s, Pete, used to driving race and sports cars in his spare time, began looking for a daily driver that met two requirements, sporty, and 100% Battery operated.

A quick search of car options that fit this criteria, led him to the Tesla Roadster. Finding Roadsters for sale was not easy at that time, but he found George Clooney’s 2008 Roadster was for sale. Before he flew out to California to close they deal, he asked one of his local exotic car friends, who had recently bought a 2011 Roadster from Bubba Watson, what he thought of his lightning green.

He said he loved everything about the Roadster, except for the fact the passenger airbag could not be turned off which concerned him with two little girls often riding with him, and he shared that he was selling it. They struck a deal, and Roadster VIN 1274 had a new owner.

The Roadster proved to be exactly what Pete Gruber was looking for in a daily driver, and one morning, while taking his lunch out of the trunk, one of the Gruber Power Services Field Engineers walked by and inquired about the large black box (PEM) in the trunk. Pete explained this was an inverter, which converted the stored DC energy to 3 phase AC to power the drive motor to power the car. The Field Engineer, quite used to working on Uninterruptible Power Systems (UPS) in data centers, which are also 3 phase inverters said, “You know we can repair this”. 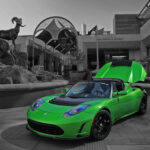 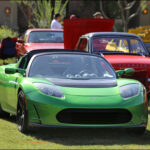 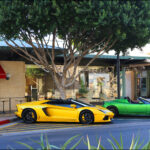 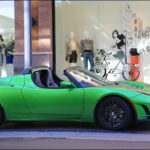