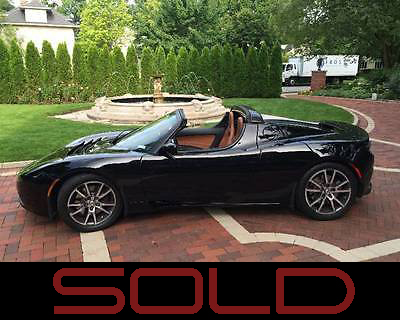 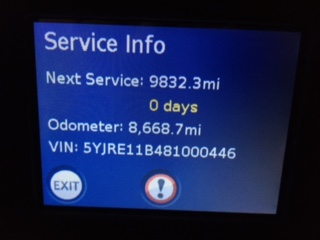 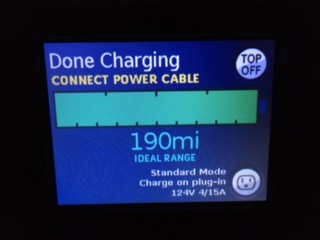 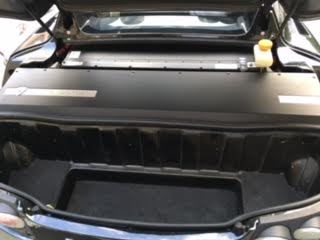 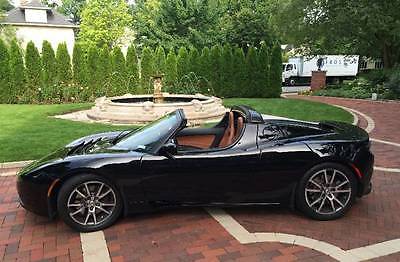 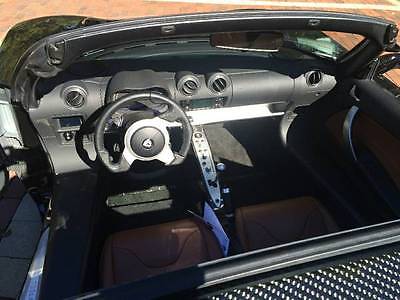 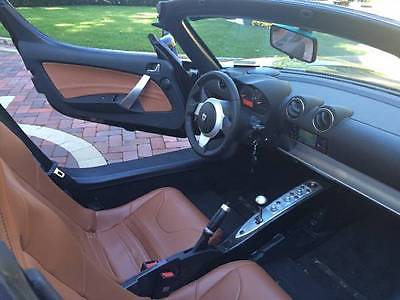 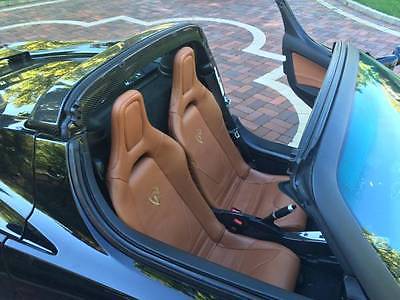 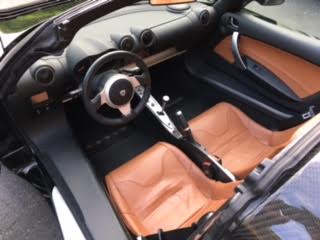 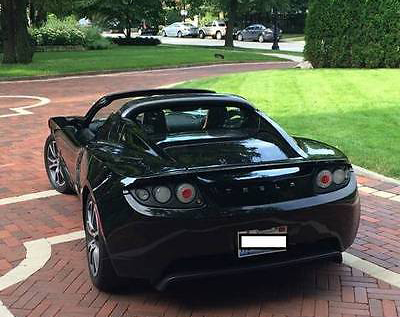 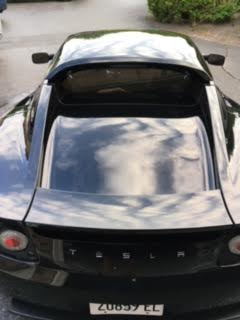 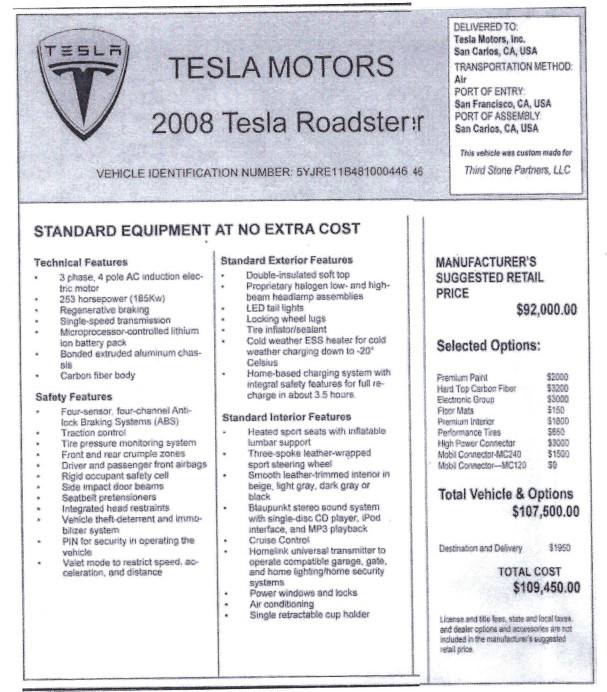 This is another very low mileage Roadster which has a very strong battery pack, in the Chicago area.

Bought by a couple of hedge fund guys in Chicago.  The seller is the second owner.

It has been garaged it entire life.

We usually ask for the backstory on any Roadster for sale, because these cars are very special, and usually have a fascinating history.  Here is what the current owner sent:
————————————————————————

The Back Story on my 2008 Black on Camel Tesla Roadster:

This Tesla was custom made for “Third Stone Partners”, an investment group located in Chicago.  The Third Stone founding partners, Bob Lassandrello and Mike Quattrocki, were one of the first Roadster buyers as one of their firm’s key themes is alternate energy investment.  Their 2008 Black on Camel Tesla Roadster was the 446th Roadster off the production line and was delivered to Mike and Bob in Chicago in late 2009.

The owners fastidious approach was to keep the Roadster in a humidity and temperature controlled garage located at Mike’s home on the North Shore of Chicago.  As I was looking to purchase a Roadster in 2017, I searched all over the country to find a pristine Roadster with very low miles and, hopefully, a somewhat rare Black on Camel combination.  I took trips to Sarasota, FL, Houston, Texas and San Francisco in search of my dream Roadster.

I was actually negotiating on two different Roadsters, neither of which were Black on Camel, when I was at the University Club in Chicago and overheard a discussion at the bar about two guys wanting to sell a Roadster.  So, I politely introduced myself and asked about the car and the sellers.  The guys at the bar had not seen the car but did know it was black with very low miles — and they knew Bob and Mike.  Armed with Mike’s contact information, I proceeded to call him.  He confirmed Bob and he were selling the Roadster; they had a bit of a disagreement as to how the car was to be managed going forward.  Bob wanted to keep the Roadster in Mike’s environmentally controlled garage and not put many miles on the Roadster, but Mike wanted to get the Roadster out and about.

Rather than have the Roadster disrupt their long standing friendship, they decided to sell.  When I heard about the color of the interior and the condition of the Roadster, I was almost too excited to talk.  Here, the car of my dreams was only 4 miles from my home!

As you might guess, I told Bob and Mike that I would take very good care of the Roadster, keeping it in a temperature controlled garage and drive only limited miles each year.  So, I’ve owned the Roadster since December 2017 when it had 6600 miles and it now has 8600 miles – driving only about 570 miles a year. I’ve actually averages fewer miles per year than Mike and Bob!

I’ve recently purchased a home on the North Shore of Chicago overlooking Lake Michigan.  The house needs some work and really needs a pool.  So, I’m looking to find a good home for my Tesla Roadster and invest more in my new home.

Let me know if you are interested in this really sweet, low millage, Black on Camel 2008 Tesla Roadster.

Gruber Motor Company offers Tesla Roadster matchmaking services. We unite sellers with buyers, and offer this service free of charge. Our Tesla fan and customer data base is extensive, and we maintain a growing list of “want to buy” contacts. Between our social media exposure, Our YouTube Channel – and growing Website traffic, we have been highly successful placing Roadsters into the hands of appreciative new Tesla Roadster owners.

Gruber Motor Company specializes in Tesla vehicle service, engineering, aftermarket products & services, and Tesla vehicle restoration.  Starting with the the legendary and iconic Tesla Roadster, an aging fleet for which we have developed advanced levels of support, services, and products, our acquired skills are instrumental in keeping these cars on the road.

Recognized by Tesla as a legacy parts supply partner, and our history of sharing our Roadster related re-engineering findings, has resulted in a bi-directional collaboration, all geared towards providing increased levels of support for the Roadster owner community.

The Vehicle is sold "as is," and the Seller makes no express or implied warranties as to the condition or performance of the vehicle other than what is described in the Vehicle Specifics section.