What has become the most famous automobile in history, is coming back to earth with Starman, but not for long.

An unnamed spokesperson from Tesla confirmed that Elon Musk, who in what most felt was this centuries greatest publicity stunt, is now having second thoughts about his personal car heading into the deeper fringes of the universe with what is now a bricked, or dead battery pack, since no charging provisions were made for the space car.

What created this wild and unprecedented idea of sending a car into space, was that SpaceX needed some ballast to prove three rockets could be tied together to propel a payload into space a couple of months ago, but could not find anyone to give them a $30M satellite due to risk that the contraption would never leave the launch pad.

Spacex briefly considered filling the rocket nosecones with cinder blocks and anvils to provide necessary ballast, until Elon, who has a flair for both showmanship and timing, decided to, what will most likely become the greatest promotion of all time, use one of the first Tesla vehicles, his personal Roadster, as ballast into deep space.

There was only one hitch. These cars are particularly finicky about getting regular charging.  Without it, the propulsion battery pack goes into a dead state rendering the car useless, on earth or any other planet for that matter.  So, you might ask what the point is of sending one of humanity’s most compelling new inventions, and electric car, which is rapidly changing the transportation paradigm on planet earth, if it is dead and does not work.  This embarrassing oversight needed resolution.

This spokesperson confirmed Elon’s remorse over this overlooked detail, that had escalated to a level where Tesla has now put a plan in motion to retrieve the car, while the car undergoes battery maintenance back on earth.

Gruber Motor Company, (GMC) who specializes in recovering bricked or dead Tesla Roadster battery packs, was selected as the contractor to revive the battery pack in Starman’s car.

When asked why Tesla chose GMC for the Roadster battery recovery service, rather than simply install a new Roadster propulsion battery pack, the spokesperson explained Elon felt the car should remain as original as possible if we have any hope of impressing whatever lifeforms eventually discover the car.

Sources close to this project explained the retrieval process is already in place with a retrieval rocket with special grappling arms launched last week from Vandenburg AFB now hurtling towards the space Roadster.  A special ship outfitted with a large catcher’s mitt will prevent re-entry damage.

Sources close to this project confirmed a solar charging supercharger station will be sent along with the Starman Roadster the next launch back into deep space. 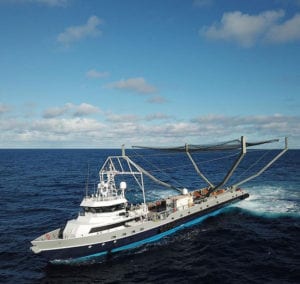 It turns out Tesla, as part of the SpaceX launches, has been secretly developing supercharger stations on Mars, planning the next Gigafactory on that planet. Although at press time, we were unable to get confirmation, it appears the Starman Roadster is not the only Tesla automobile that has left earth.

To provide transportation, allegedly, a number of Cybertrucks and prototype Semi Trucks have also been secretly deployed on the martian landscape to assist with the construction effort.

Do NOT follow this link or you will be banned from the site!